The administrative appeal is a fundamental mechanism in the protection of the rights and legitimate interests of citizens, businesses and other organizations in the face of certain general provisions and in front of the action (or inaction) of the Administration. In addition, in some cases, it is the Administration itself that makes use of the administrative appeal, as in the case in which uses its own acts considered prejudicial to the public interest. 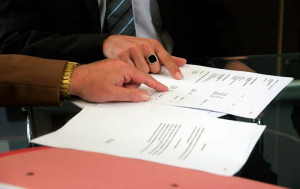 Procedures for an administrative appeal

Of course, there are various types of administrative resources with different procedures. A typical case is the disagreement with any administrative act.

Within the assumptions on which the administrative authority, the most common is one in which there has been an appeal before the superior that issued it.

Before you file the appeal before the superior, there is the possibility of submitting an application for reconsideration, which is filed with the same body that issued them.

Except in the case of disputes between different administrations, the ordinary procedure starts with a notice of filing an appeal. To this writing will follow later another demand.

Between the presentation of both writings of filing the appeal and demand, will be requested from the administration appealed the case, which must be delivered to the applicant. With the file, you can now be carried out demand.

In the future, the law regulates various time limits in which they must develop the different steps of the process. In addition to through the judgment, the process can be completed by other means such as the discontinuance of the appellant, the search of the defendants, the recognition by the administration of the claims of the plaintiff in an administrative procedure or an agreement or transaction that put an end to the dispute.

It is important to bear in mind, in the latter case, that the administration cannot compromise on any matter and that the representatives of the Administration must have authorization to carry it out.

Formalities in the abbreviated procedure

The administrative appeal will continue processing by the abbreviated procedure in a number of assumptions. Among them are personnel matters, immigration, asylum, certain sporting issues and all those with an amount less than the 30,000 euros.

In the abbreviated procedure, the resource begins with the filing of a complaint, and the  relevant documentation.

The mechanics of this process is based on the fact that who do you turn to expose what he asks and as the basis and that the defendant make allegations that suit you. In addition, you will be able to practice tests. What are not supported are the writings of questions and cross-examination.

Deadlines that takes a contentious-administrative

The time limits in the contentious-administrative vary depending on the type of procedure. There are various procedures. In addition, there is a way to reach the administrative appeal and there may be a way of resources after the procedure in the first instance.

In the case of the regular procedure, depending on the performance of the various parties and the courts, the time may vary. Some of the most important deadlines are:

In the abbreviated procedure, these are some of the highlights:

There are various types of administrative resources. We can distinguish the types of resources according to different categories. Let us examine two of the most relevant: substances  that address and the object to which it is directed.

Subjects addressed by the contentious-administrative

The contentious-administrative resources covering the whole of the administrative matters. This includes such important aspects for the entrepreneur, such as licenses and authorizations, offenses and penalties, grants, planning, procurement, forced expropriations…

Also included are the tax matters. The recourse to justice may be, if the administration does not give the reason, the manner in which the entrepreneur can defend their interests, for example, following an inspection that has brought a liquidation and a penalty with the that is not correct.

But, in addition, it is also the resource that is used in some commercial subjects involving decisions of administrative bodies such as, for example, patents .

The subject of the contentious-administrative

The typical case is that of the resource that presents a person (natural or legal) against an administrative act. As we mentioned previously, must exhaust the administrative channels.

However, the reality is that the scope of the exceptions to this general principle is so large that, in reality, the most common of course is that, if the administration responds to us, we can understand dismissed the request.

Once dismissed the request for administrative silence, we can appeal. However, even after an appeal, the administration is obliged to issue resolution.

You can also appeal against the inactivity of the Administration. It is cases in which there is a rule or a contract that obliges the administration to specific benefits.

The fact is another course that may be subject to administrative appeal. It is cases in which the administration makes use of a power of that legally is missing or not in accordance with the established procedure.

There is also the possibility of a direct action against a regulation considered illegal. However, you can also use the acts that are carried out in application of this Regulation, arguing that resource in that we believe that the rules it is illegal.

Model that you must fill in for a contentious-administrative

In the first place, it must be borne in mind that in this kind of resources does not act alone. We will do so accompanied by two professionals who will lead this process, in some cases, complex. This is the lawyer and the prosecutor.

The assistance of a lawyer, except in the few cases involving public officials, is mandatory. When the court is a collegiate will also be required to represent us an attorney. If the body is constituted by a single Judge, the representation we can order either the attorney or the attorney.

These professionals will be responsible for us to be able to fill in the relevant writings. In addition, sent to WHO appropriate in each case. The attorney or, in your case the lawyer, who represent us will receive the notifications.

But the first step that we must deal with our lawyer is if you really worth the appeal. This will require analysis of the circumstances of the case.

One of the specialties of the regular procedure through which develop the contentious-administrative processes is that they require two written to boot. In the first place, it shall submit a written notice of such remedies.

This is a written reduced to cite the provision, act, inactivity or constitutive action of fact which is contested and to request for an appeal. To that brief must be accompanied by documentation addressed to accredit the applicant and their representatives. In addition, it shall be accompanied by the copy or transfer of the provision, or the act stated that resort.

At the same time that the appeal is being lodged, you are prompted for the file. Known as the file, the next step is to submit a claim. In the statement of claim shall be entered with the proper separation of the facts, the fundamentals of law and claims to be deducted, in justification of which may be invoked many reasons apply, whether or not raised before the Administration.

The important thing is the specialty of the abbreviated procedure that starts directly with the filing of the complaint, without the prior submission of the written filing.

Appeal of an administrative appeal

Before the judgments and other judicial decisions, in the area of a contentious-administrative various possibilities of recourse. One of the most important is the remedy of appeal, which is carried out before the contentious-administrative division of the Supreme Court. Was the subject of a major legal reform in the year 2015, which entered into force on the day on July 22 of that same year of 2016.

Where the appeal is based on the infringement of rules emanating from an autonomous community shall be competent the court of Justice of that community.

The appeal is limited to questions of law, does not in fact. The Supreme Court, however, you can integrate facts sufficiently justified, ignored by the instance, and they are required to assess the alleged infraction of the rules or case-law.

In order to be admitted the appeal is required, on the one hand, invoking a violation of the law. On the other hand, it is required that there is interest casacional, for which the law provides various criteria.

Shores of a contentious-administrative

In the contentious-administrative processes we can distinguish that the costs will be imposed in a different way if we are talking about the first or single instance or if it is a subsequent appeal.

In the first or single instance, the shores must pay, unless it is appreciated that the case had serious doubts, the part you see rejected all their claims. If you estimated or partially dismissed the claims, each party shall bear its coasts and the items will be divided in half. However, in the event of estimation or partial dismissal, if it has been recklessness or bad faith by any of the parties, may subject you to that part of the coast.

In Resources , it is normal that the imposition of the coasts to the appellant, in the case of the dismissal of the appeal. In the case of an appeal, the judgment may impose the coasts of instance according to the general rules, and the appeal shall be imposed for each part and yours common by half, except in the cases of recklessness or bad faith of one of the parties.

This publication is also available in:

Proceedings of the labor inspectorate

When you visit a website, you can store or retrieve information in your browser, mainly in the form of cookies. Control your personal cookie services here.

Necessary Analytics Privacy center Privacy Policy Cookies policy
These cookies are necessary for the website to function and cannot be switched off in our systems.
Technical Cookies
In order to use this website we use the following technically required cookies
Cloudflare
For perfomance reasons we use Cloudflare as a CDN network. This saves a cookie "__cfduid" to apply security settings on a per-client basis. This cookie is strictly necessary for Cloudflare's security features and cannot be turned off.
GDPR Wordpress
We store these cookies to store your choices about your data protection.
These cookies allow us to count visits and traffic sources, so we can measure and improve the performance of our site.
Google Analytics
We track anonymized user information to improve our website.
Rechazar todos los servicios
Aceptar todos los servicios
error: Alert: El contenido está protegido !!
Go to Top